Title: Inked Obsession
Series: Montgomery Ink: Fort Collins #2
Author: Carrie Ann Ryan
Genre: Contemporary Romance
Release Date: July 20, 2021
BLURB
The Montgomery Ink saga from NYT Bestselling Author Carrie Ann Ryan continues with a second chance romance sure to tug at your heartstrings.
When men in uniform showed up on Eliza Wilder-Strong’s doorstep, she knew her life would be irrevocably altered. She not only lost her husband, but the future she’d carefully planned. A year later, she’s looking to start over—beginning with a solo healing vacation. Only she never expects to see a familiar, tempting face along the way.
Beckett Montgomery refuses to want his little sister’s best friend—especially because she’s a widow. Yet there’s no stopping the connection between them. As the temptation to give in intensifies between them, so do the reasons they shouldn’t stay together.
Painful ghosts from both of their pasts stand in their way and sometimes it’s the living that can haunt you when you’re not looking.
ADD TO GOODREADS 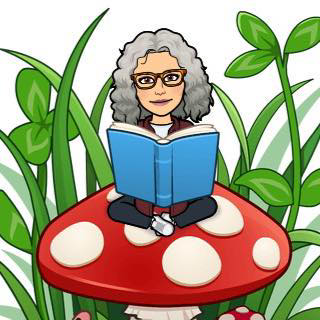 Nancy’s Review
Eliza has been through so much. Losing her husband the year before and trying to rebuild her life has been her focus. Yes, she’s tempted by Beckett Montgomery. Beckett has some ghosts of his own to conquer. The two of them have more in common than expected. When they turn up at the same beach resort at the same time, sparks fly. Could one night turn into more? There was a big surprise in this story. Jennifer has more to deal with than she planned. And Beckett is completely dreamy. He steamed up the pages for me! 4 stars!
ALSO AVAILABLE

Carrie Ann
Ryan is the New York Times and USA
Today bestselling author of contemporary, paranormal, and young adult romance.
Her works include the Montgomery Ink, Redwood Pack, Fractured Connections, and
Elements of Five series, which have sold over 3.0 million books worldwide. She
started writing while in graduate school for her advanced degree in chemistry
and hasn’t stopped since. Carrie Ann has written over seventy-five novels and
novellas with more in the works. When she’s not losing herself in her emotional
and action-packed worlds, she’s reading as much as she can while wrangling her
clowder of cats who have more followers than she does.
AUTHOR LINKS
WEBSITE
FACEBOOK
INSTAGRAM
NEWSLETTER
TWITTER