Skip to content
Posted on August 1, 2020 by VanSpunky Reads 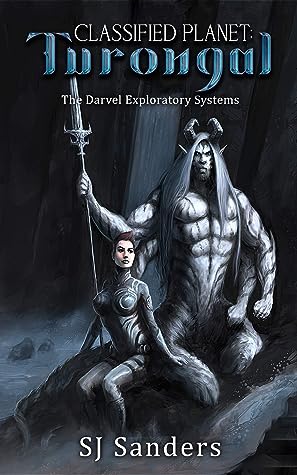 In the future a united Earth, to deal with the problem of population control, divides its population into classes of citizen and non-gratis. To be born a non-gratis means a life of little freedoms and the constant possibility of being assigned to work on a colony. Lacking citizenship, every aspect of their life is controlled from where they live, down to marriage and childbearing regulations. The only possible escape from life as a non-gratis is to qualify for one of the limited slots available for entrance into the military. For most, however, it is the only life that they will ever know.

Charlie has prepared all her life for the possibility of being shipped off to work in a colony, so when she is selected for part of the initialization phase colony laborers she is determined to make the best out of a new life on a very different and hostile planet. Assigned as a labor assistant in the exploratory lab seems like a step up in the right direction for her. Caring for the wildlife specimens is far preferable to working as a laborer preparing the first of the fields or in any of the common industries.

That is, until a vaguely humanoid specimen is captured and brought in. The promise of death that clings to it is fulfilled when it breaks out from containment and she finds herself hostage to a being with a thirst for vengeance. Far away from the colony, Charlie is forced to carve out a new life for herself in a dangerous world, but will she be able to safeguard her heart from the biggest threat of them all?—A male who is determined to claim all of her.

Just $3.99 or FREE on Kindle Unlimited

This story had me from the very beginning. Charlie is not an earth “citizen,” she is a “non-gratis.” Basically to be used as the citizens of earth deem necessary. She is drafted to go to a new earth colony of Planet Turongal. Luckily, she gets a position in the labs. Her friends are not so lucky. Charlie is caring for the exhibits of local fauna and wildlife. But she is quite disturbed when they capture something that is quite obviously sentient. Enter Rhyst. When Charlie helps to plan his escape she becomes his hostage. As they travel to his home over many days they form an attachment to one another. Rhyst is a guardian for his species and has been altered. Guardians are not allowed to have mates. Quite a bit going on in this book! We have a civilization that prefers to remain mostly hidden who used to be very high tech, but almost destroyed themselves. And this new colony is not what it seems. Charlie’s friends are becoming ill. She wants to save them, take down the colony, and stay with Rhyst. Will she lose her heart and everything? Or will she end up with more than she ever imagined? I always enjoy Sanders’ writing! I look forward to more in this series! 4 stars

S.J. Sanders is a mom of two toddlers and one adult living in Anchorage, Alaska. She has a BA degree in History, but spends most of her free time painting, sculpting, doing odd bits of historical research, and writing. While she has more research orientated writing under another pen name, her passion is sci-fi and paranormal romance of which she is an avid reader. After years of tinkering with the idea, and making her own stories up in her head, S.J has began to seriously pursue writing as an author of Sci-fi Romance utilizing her interests in how cultures diversify and what they would look like on a extraterrestrial platform to humans interacting with them and finding love.