Pack Rule #3: The alpha must mate.

The stronger the alpha, the greater the danger.
Moon madness could claim me any time now.
I’ve looked all over the continent, gone to mating games, but I still haven’t found the she-wolf meant to be mine. I’ve already become too feral in bed.
I’m not safe—not for random females. Especially not the human variety.
One just moved into the ranch next door. She’s way too tempting. And I’m way too dangerous.
I have to stay away. I don’t dare get near her.
Because I would die before I ever let anything harm the little human.
Including me. 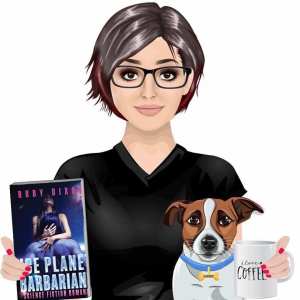 I’ve really enjoyed this shifter series! Rob is the oldest brother of the Wolf clan and he’s the Alpha. When Natalie moves in next door after her uncle dies, Rob meets her and sparks fly. From the very beginning, too. Except Natalie isn’t really Natalie. She’s Willow, an undercover DEA agent investigating Markle and his ranch. Rob knows she’s his mate, but can’t be mated to a human. Quite a dilemma. Rob and Willow seriously steam up this book! Does Rob realize nothing is more important than your mate before it’s too late? Wolf Ranch: Feral has a fun surprise near the end, too! Steamy read! 4 stars

Vanessa Vale is the USA Today bestselling author of sexy romance novels, including her popular Bridgewater historical romance series and hot contemporary romances. With over one million books sold, Vanessa writes about unapologetic bad boys who don’t just fall in love, they fall hard. Her books are available worldwide in multiple languages in e-book, print, audio and even as an online game. When she’s not writing, Vanessa savors the insanity of raising two boys and figuring out how many meals she can make with a pressure cooker. While she’s not as skilled at social media as her kids, she loves to interact with readers.