The moment magician Julian Storm saw Anna Chapel standing at the back of the theater during one of his rehearsals, he knew she was meant to be his. After spending a long month trying to hunt her down while she ran in the opposite direction, Julian resorted to kidnapping her off his stage during a disappearing act.

Anna had zero interest in celebrities…until she met Julian. The sexy magician refused to let her ignore the chemistry between them, and he was determined to show her that fame meant nothing compared to her love.

Only $.99 or read for FREE on Kindle Unlimited 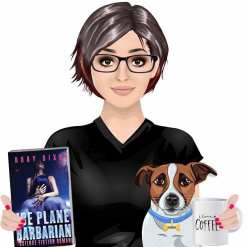 Julian Storm is a Vegas Illusionist. He’s got his sights set on Anna Chapel who works in marketing for Lennox Hotel and Casino. He will even resort to old-fashioned tricks to corner Anna. Will locking her in his dressing room and kissing her senseless be enough to convince Anna she’s attracted to him? Or maybe “kidnapping” her from her office will do the trick…

If you’re bored during self-quarantine, this book is the perfect insta-love, evening read. Davenport brings all the heat, a bit of fun, and some protective action to your eReader. Show Me, Baby was magic! I’d love for Julian to work his wizardry on me! 4 stars 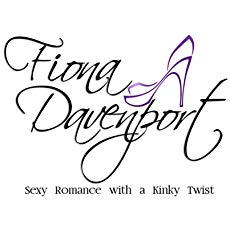 The writing duo of Elle Christensen and Rochelle Paige team up under the Fiona Davenport pen name to bring you sexy, insta-love stories filled with alpha males.

If you want a quick & dirty read with a guaranteed happily ever after, then give Fiona Davenport a try!