Skip to content
Posted on March 17, 2020 by VanSpunky Reads

The Battle for Earth has begun.

Victoria’s dreams of a cozy life as a small-town doctor come crashing down when the monstrous Kryptids make first contact. The alien invaders have only one goal: to turn Earth into a breeding ground. As she fights to protect her patients in their makeshift hospital, an even more fearsome alien and his beast enter the fray. She should be terrified of the male ominously named Doom. But she’s mesmerized.

As a genetically engineered war machine, Doom lives for a single purpose: eradicating the Kryptids. Coming to Earth with his brothers to save the humans should be a straightforward matter. But years of bloody battles throughout the galaxy have not prepared him for the fiery Victoria. Enchanted by the courage of that wisp of a woman, Doom offers her his protection and that of his fearless war beast, Stran, as she attempts to rescue other wounded humans. After disaster strikes their homeworld, the Xian Warriors now also face extinction.

Will the Kryptids finally defeat their only real threat, or will the delicate human that has stolen both of Doom’s hearts also be the Warriors’ seed of hope?

Amazon and FREE on KU

There are currently 4 books in the series! Find them HERE.

I originally read Doom when it was released in the Pets in Space 4 anthology. But then the author released it in an expanded edition and WOW! This story was 5 stars as a novella, but as a full length book it’s 10 stars. I loved reading the history of the Vanguard along with Victoria & Doom’s love story!!! Just… almost no words. This book will be one that I go back and read many times over. I love the way Doom saves Victoria. And he says he will always return to her, but she doesn’t understand. She goes on thinking he’s gone. Doom is fighting for them even when Victoria doesn’t know it. The Xian Warriors series is one of my sci-fi favorites! Doom was epic! 5+++ stars 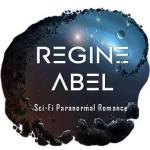 Regine Abel is a fantasy, paranormal and sci-fi junky. Anything with a bit of magic, a touch of the unusual and definitely a lot of romance, will have her jumping for joy. Hot alien warriors meeting no-nonsense, kick-ass heroine give her warm fuzzies. Through her Veredian Chronicles series, Regine will take you to an exciting alien world full of mystery, action, passion and new beginnings. Follow Amalia and her Veredian sisters – enslaved, exploited and hunted – as they fight for their freedom and the right to love. In her Dark Tales series, Regine will make you rediscover the fairy tales of your youth in a sexy, dark, and twisted reimagining of the classics.

When not writing or reading, Regine surrenders to the other passion in her life: video games! As a professional Game Designer and Creative Director, her career has led her from her home in Canada to the US and various countries in Europe and Asia.