Skip to content
Posted on January 19, 2020 by VanSpunky Reads

Monsters exist in perfect worlds, too. Iota Nine. A floating city created for the elite—the upper crust of the Earth survivors after the world wars. In this wonderful, dream-like land there’s a lot to live up to, especially when your father is a genetic scientist. But what if there’s always been a dark secret in the family?

Kieran:  He feels the pull the first time he sees her but there’s no way she’ll feel the same. She’s graceful, a princess of the highest class. She’s never been tainted by the ugliness that created Xeno Sapiens. But she also has never seen their species and the first word she utters before passing out is monsters. What will she think if she sees him, a monster caught between two worlds, his and hers?

He has no chance to find out when she’s given to another.

Alannah:  She never knew another species existed in the world. Her elegant world consisted of neutrality; a place where everyone looked the same. Except for her, but that was Alannah’s horrid secret—something never to be referred to out loud. It was a price anyone would pay—a lack of childhood, sickly health, constant pain. And another secret.

How can he want her when she’s damaged goods?

I really enjoyed this particular Xeno Sapiens story by Rena Marks! My paranormal favorite books all star shifters, mainly werewolves, so Damaged Goods had the perfect story line. Keiran is stuck between two worlds; more animal than man. He works at the prison area, apart from the rest of the Xeno Sapiens. He considers himself a monster. Alannah grew up privleged, and in pain. Her family is hiding a secret from the world with medicines that cause her pain. When she is taken to Xenia for protection, she detoxes from the meds. And forms a sweet bond with a “large dog.” Can Keiran get over his animal instincts and can Alannah stay and learn to love him? Only time will tell…

This book, y’all! Alannah’s mother reminds me of the evil stepmother in Cinderella! But her sisters are the sweetest girls. And Keiran, he’s one, hot werewolf that’s denying himself the most precious prize, Alannah. Damaged Goods was a great weekend read! 4.5 stars 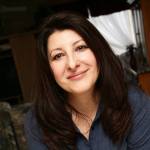 Rena Marks is a wife and mother who lives in the western United States. She bellydances for fitness, meditates for stress, and writes for fun. She loves living life between the pages of a book, and hopes you do, too! She is the author of several series including: Xeno Sapiens, The Purple People Series, Stargazer Series, and Blue Barbarian Series! You can find her website HERE.